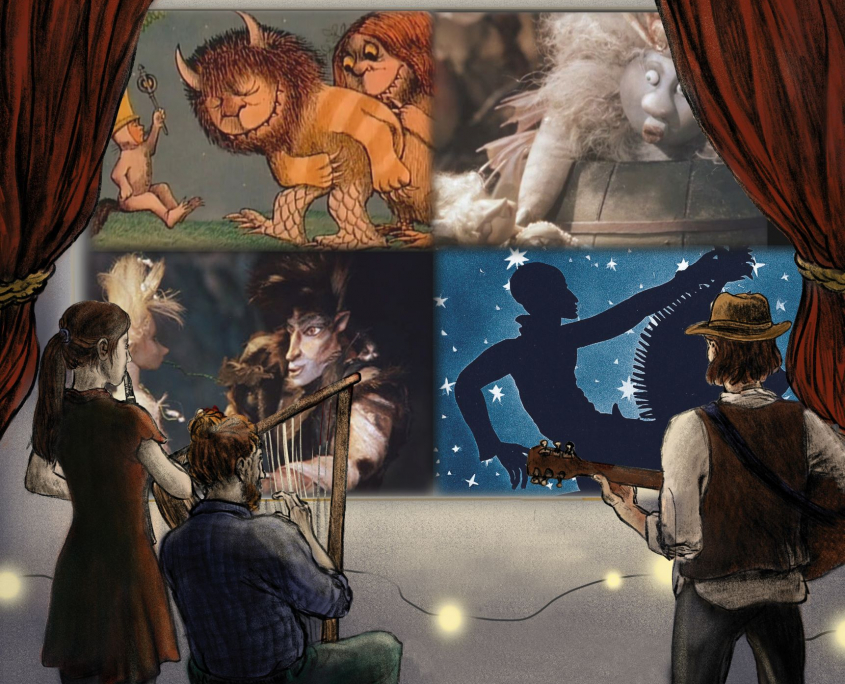 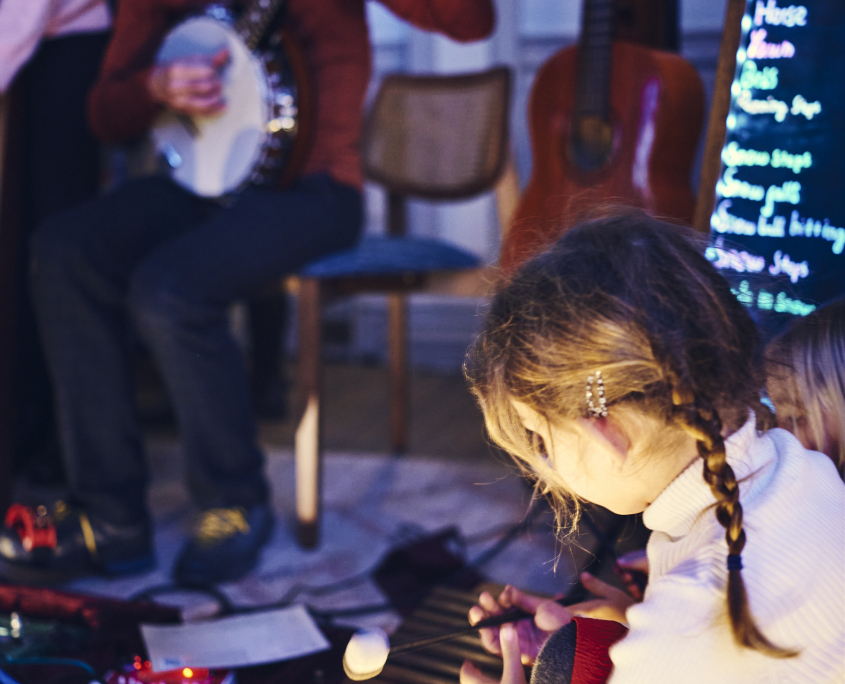 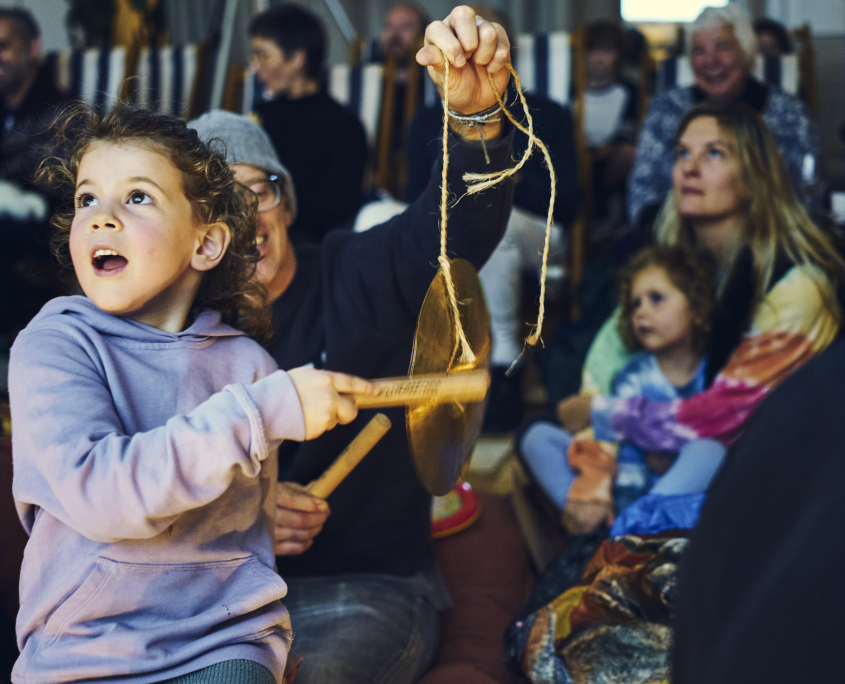 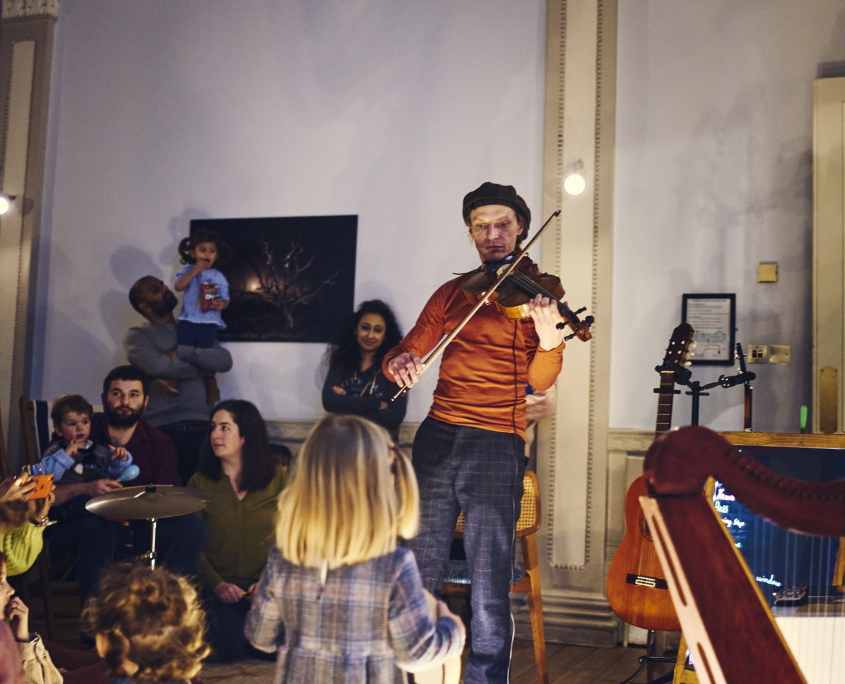 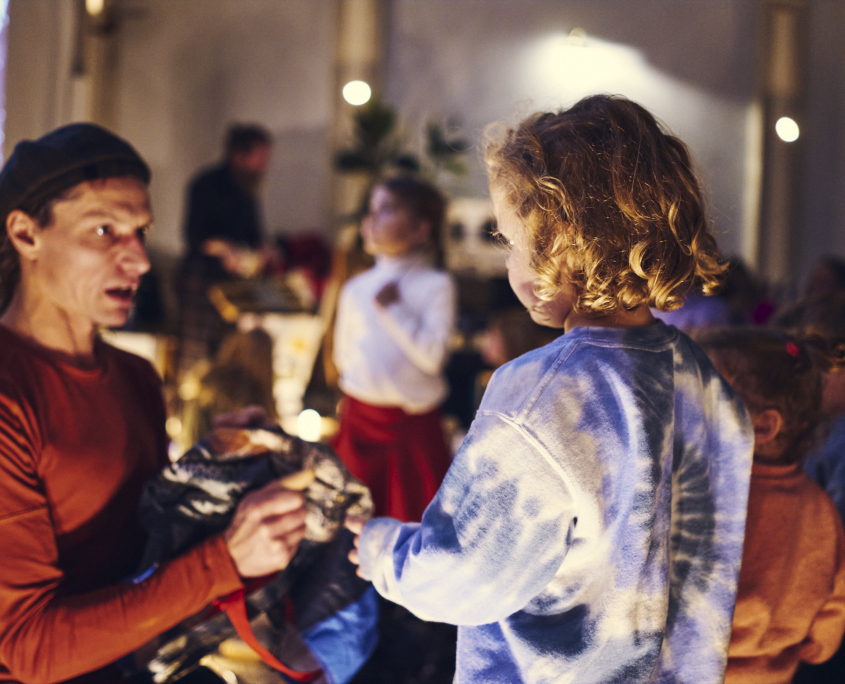 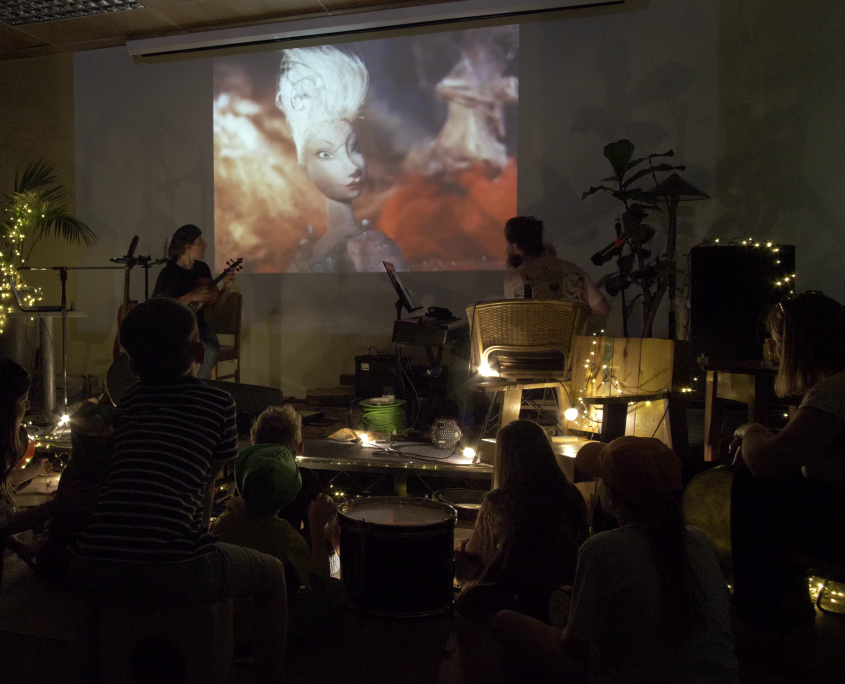 Audiences aged five to a hundred & five join us – two live score musicians – to create sound tracks to a century of hand-crafted, beautiful & moving animation using FX provided, brought in by you or by using your Integrated FX-Maker (your voice).

Where the Wild Things Are (1973, with live narration) – Max meets strange halflings with gnashing teeth and tames them by staring into their eyes.
Big Underground Ball (1987) – elfin princesses and goblin princes have a rambunctious time (with cyberpunk hairdos).
The Adventures of Prince Achmed (1926) – a valiant prince gets into all sorts of scrapes, while two magical beings transform into animals in a visually stunning duel.

We start with a quick warm up exploring how we can create and manage dynamics in sound using only our voices, before jumping straight into the programme of animation where we invite you to try out the FX.

During the beautiful, hand-crafted and award-winning animation you will perform the FX at various chosen points, whether that be a magical creature or elemental feature of the animation such as wind, sea, trees and even fog. You’ll be working as a group or as an individual, and the vibe is definitely more relaxed than perfectionist!

As a finale, we ask one child or grown up to help us narrate Where the Wild Things Are while the animated film is screened with our score. This was Maurice Sendak’s favourite version of his book, made 50 years ago in 1973!

Workshop/performances last 60 mins approximately, but afterwards audiences are warmly welcomed to mingle and come up to see The Enchanted Cinema’s instruments up close and talk to the performers.